How to scale with no-code 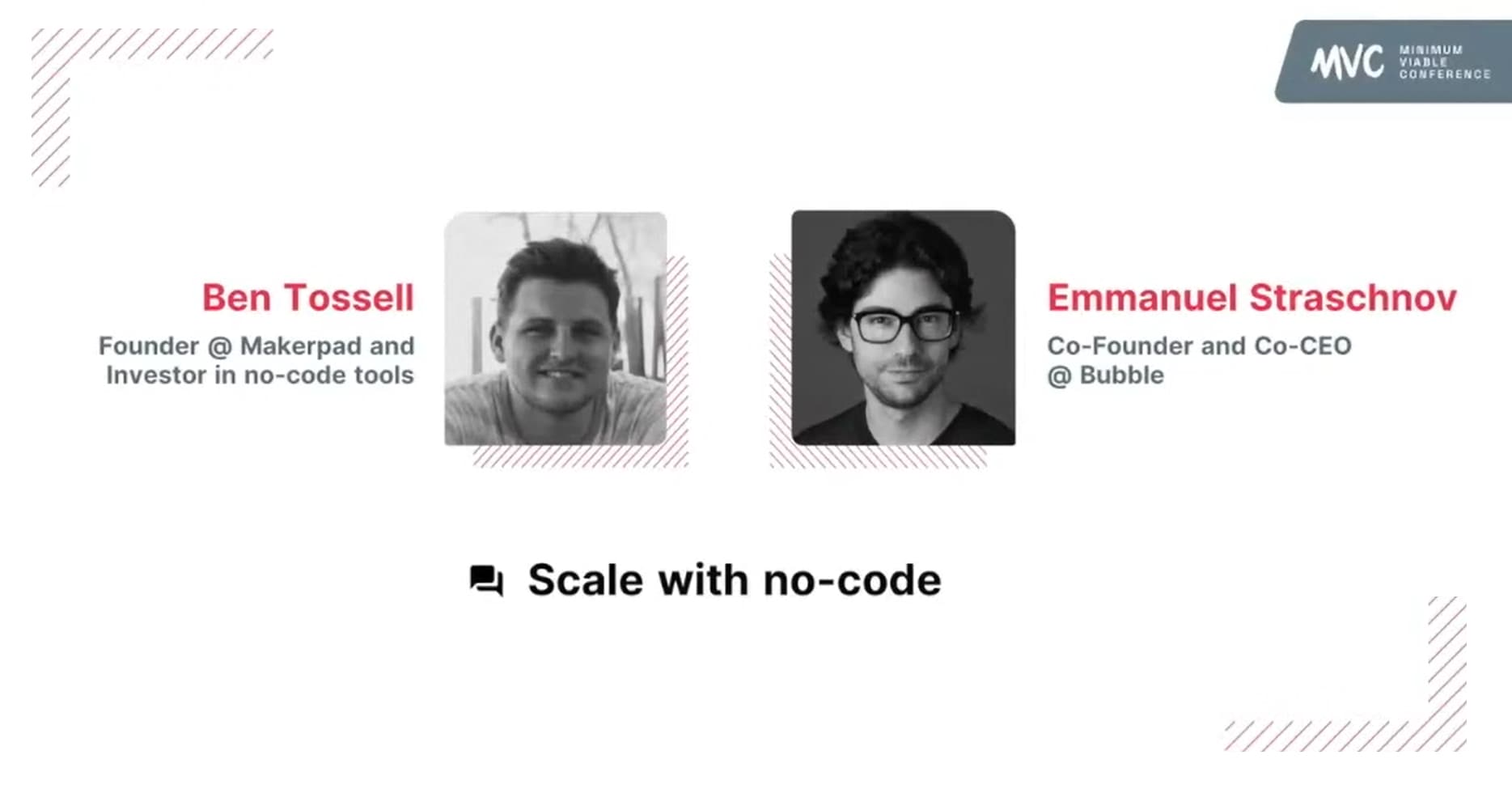 Scaling a startup is one of the ultimate goals of any entrepreneur. But with the rapid growth of no-code development platforms like Bubble, Webflow, and others; many entrepreneurs have begun to wonder how no-code affects the scaling problem. Is scaling with no-code harder than with traditional methods? Is it even possible at all?

Can startups scale with no-code? There are plenty of no-code platforms out there to help creators get started with no-code, but what happens next? Is it really possible to achieve the robustness necessary for scaling a business when a company builds everything on a no-code platform?

And what do the answers to those questions about scaling and growth say about the future of no-code itself?

The following is a summary of some of the ideas Ben and Emmanuel discussed, during an expert talk moderated by the co-founder of HuggyStudio, Daniel Abebe.
‍

Can you scale with no-code?

As both Ben and Emmanuel pointed out, the current narrative maintains that no-code is great for prototyping and testing and not so ideal for scaling a business. Use no-code for testing out your new ideas, sure, but build them and achieve lasting growth in the traditional way with your own team of developers.

That approach isn't completely wrong. Ben Tossell holds that no-code is fantastic not only for testing new concepts, but also for teaching the basics of product design. This allows creators who use no-code to present products with improved user experience, all because they've been tested and designed with no-code platforms.

However, Ben and Emmanuel also stated that the fact that no-code is great for testing products doesn't necessarily mean that it's terrible for scaling a business. The success of the biggest no-code platforms themselves, from Zapier to Bubble, indicates that there is plenty of room to scale up high-end no-code products, achieving both consistent sales and revenue.

There may be growing pains with any attempt to scale, but those problems aren't inherent to no-code itself. As Emmanuel highlighted, they are due more to the newness of the no-code movement and the growing pains of particular platforms.

There's also a bit of a false dilemma here; no platform or web app scales smoothly, whether it's built on no-code or not. Straschnov pointed out that AirBnB's early iterations looked nothing like the platform does today; there were constant changes, corrections, and improvements made over the course of its life to achieve the level of sales AirBnB sees on its platform today.

More broadly, there's no real pressing need for entrepreneurs who are just starting out to worry about whether or not their idea can scale to a million users if they use a no-code platform. Worrying about a million customers is pointless when you don't have any; the first step is to scale to 1,000 users, then continue to improve and grow your product.

No-code scaling: mastering the next level of programming

So what advantages does no-code offer? How can entrepreneurs and startups use the platform today to scale their ideas?

Perhaps counter-intuitively, both Ben and Emmanuel emphasised the importance of creators not becoming fixated on a particular platform. If you have experience with Webflow, use it! If you're well-versed with Bubble, stick with that one. The biggest focus for entrepreneurs should be on honing their own creative processes. The platform – coded or no-code – is far less important.

To that end, Tossell suggests building something simple for an hour or two every weekend, using a no-code platform. Rather than sink hundreds or thousands of hours into producing one sink-or-swim product right away, entrepreneurs should instead work on understanding how to bring an idea to fruition.

Once they've built several small things, they should analyze them, trying to understand how they built them and why the products worked (or didn't work). Understanding what customers and users want in a product helps to reinforce the entire design process, and using a no-code platform lets creators hone their creative processes over and over in a fraction of the time it would usually take.

Then, armed with the knowledge they've gained and the no-code programming skills they've developed, entrepreneurs will be in a far better position to build their one big idea. This approach takes full advantage of the ease-of-use and easier design capabilities that most no-code platforms offer.

As Tossell says, "No-code platforms enable better user experiences out of the box."

By building multiple smaller products and examining what works, creators can eventually offer a "big idea" product with a far better user experience.

It's the idea of an improved and easier user experience that lies at the heart of the no-code movement. Makerpad's ultimate goal demonstrates what no-code has the potential to do: "democratize software development" by reaching as many people as possible.

What prevents people from simply learning to code and then building their own products from the ground up? A steep learning curve and an added gateway to the creative experience. No-code has the potential to remove that gateway, allowing anyone to build anything.

Avoiding the problems and pitfalls of no-code scaling

Both men acknowledged that there's a general concern over the role of no-code platforms alongside traditional app development, but both men also insisted that no-code isn't a threat to coded development.

Instead, no-code will likely develop in one of two ways. It could become simply another layer of coding, a base skill that everyone learns on their way to becoming a web developer or software programmer. Or, no-code expertise could take its place alongside Javascript or HTML as a de facto programming language.

In this last scenario, no-code experts, particularly people skilled with individual platforms like Bubble, could fill the same role as skilled programmers at traditional startups, providing advanced expertise and troubleshooting for everyday creators.

Creativity for all – the promise of the no-code movement

Ultimately, the ability for anyone to create the next big thing using a no-code platform is the great promise of the no-code movement. Straschnov and Tossell have already helped to create a programming world where bringing a new idea to life is easier than ever. No-code removes much of the investment needed; there's no need to sink thousands of dollars and hours into an idea, only to discover that there's no market for that idea.

Entrepreneurs will have greater room to try new ideas and then move on to the next thing, potentially bringing dozens of ideas to life before finding one or two that catch on. But with no-code, those cycles of creativity aren't wasted effort; they can teach valuable insights about product design without taking up any more time and effort than it would take to bring a single product to development in the traditional way.

Where will no-code go? There's no way to say for sure, but both Ben and Emmanuel are working to see that the no-code movement makes it easier for entrepreneurs to scale their products than ever before.

They're doing it by scaling the no-code movement itself.